A Virtual Tour of the Timeless Mountain Display

Enjoy your tour of this virtual exhibition of 25 pencil sketches of Table Mountain. This  iconic mountain was named globally as one of the New 7 Wonders of Nature and, more recently, as Africa’s leading tourist attraction at the World Travel Awards. The Table Mountain National Park, part of the Cape Floral Kingdom, boasts more plant species than entire countries like the British Isles or New Zealand. It’s no surprise at all that it is a World Heritage Site.

Its imposing façade is made of sandstone, resting on a deep, solid granite base. Both masses of rock are hundreds of millions of years old, so that Table Mountain, probably existing as a distinct geological form for around 240 million years, is one of Earth’s most ancient mountains. To say that it’s a treasure of our planet, in addition to being the soul and magnetic core of Cape Town, is no exaggeration.

It was daunting to do each sketch because this mountain always transcends the art which is trying, in vain, to capture’s its grandeur. No artist could ever bottle the ageless splendour of Table Mountain. All I did was to try to present views from different perspectives as my personal tribute to this beloved place. In each sketch, the mountain defeated me, but not before I wrestled as hard as I possibly could to come to grips with its complexity and timeless aura. As a Capetonian, I’m happy that the mountain reigns supreme over the city, its inhabitants, its tourists, its photographers and its artists. That’s a testimony to its immensity, power and presence.

Artist’s Note: All 25 of the drawings were made in the same sketch book, so the drawings are identical in size, namely 28.5 cm wide by 30 cm high. All the 25 Table Mountain drawings in the series, labelled from TM-1 to TM-25, are pencil on paper. No prints of this series will be allowed for sale, so only the sketches themselves will exist as art-works for public distribution.

An in-person exhibition of the Timeless Mountain sketches will be announced soon – watch this space. 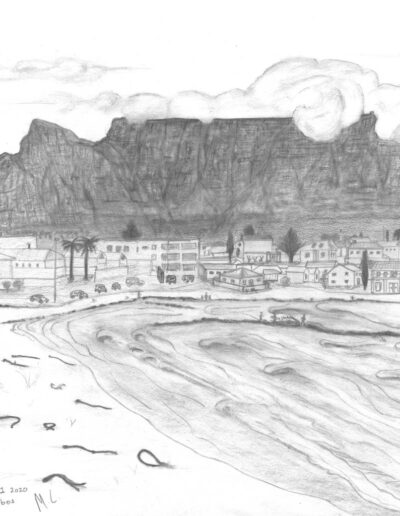 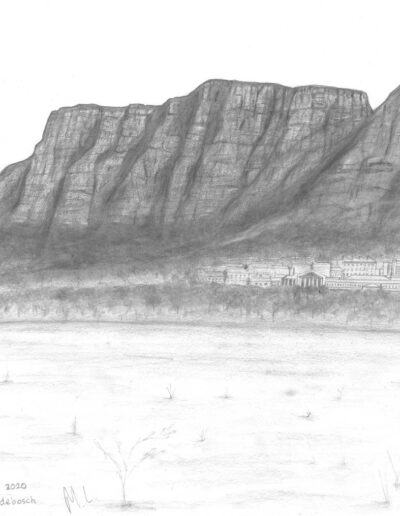 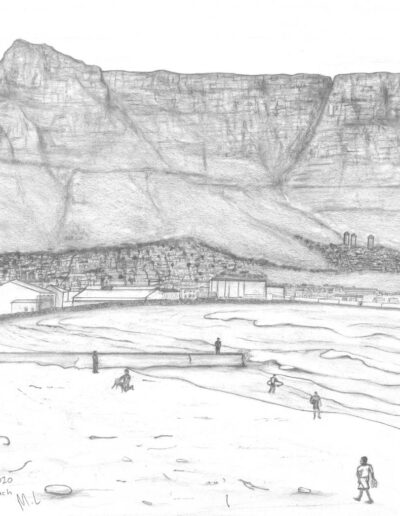 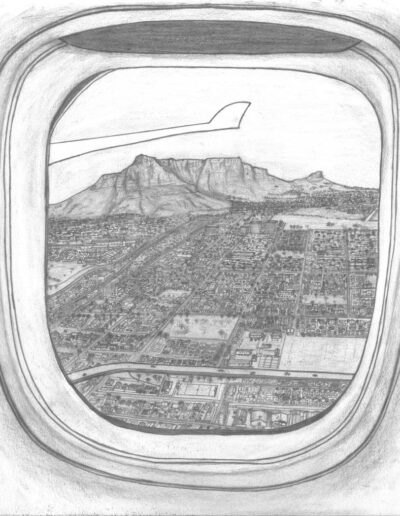 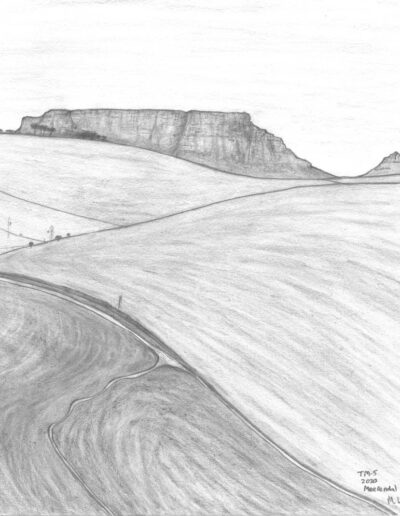 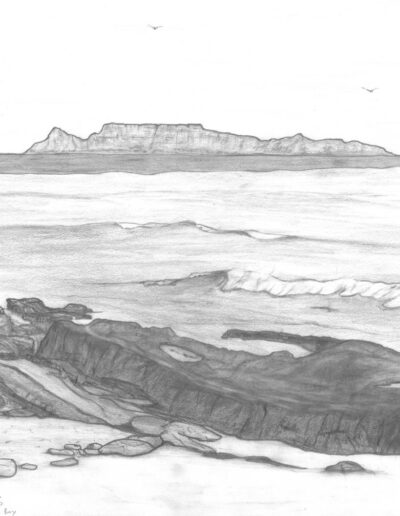 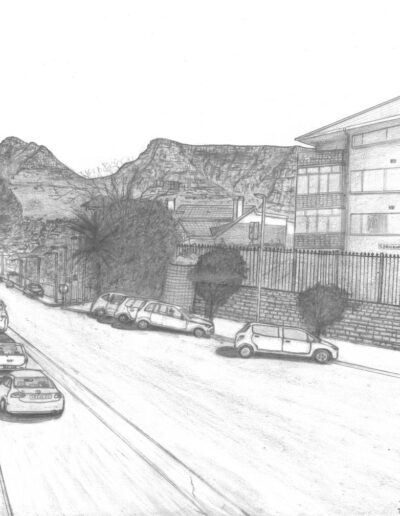 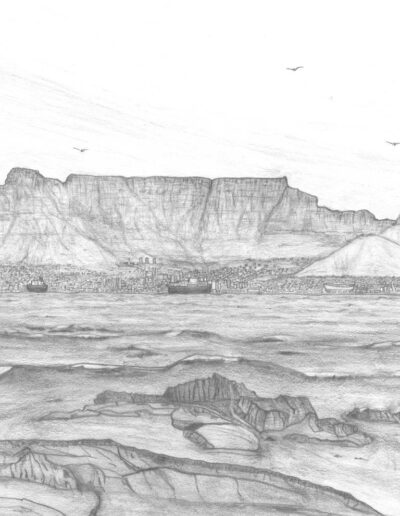 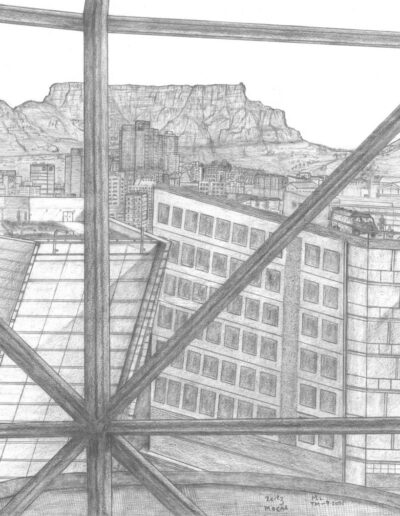 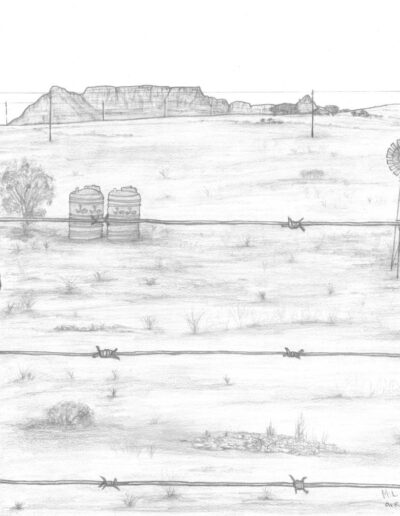 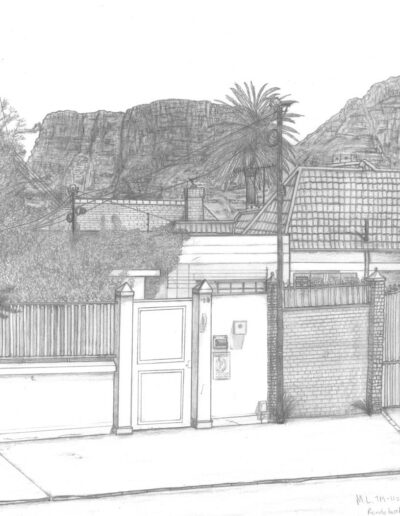 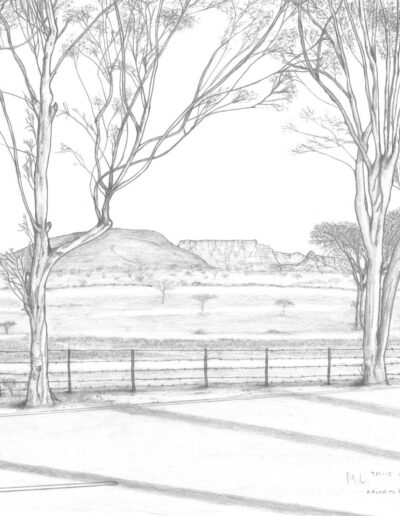 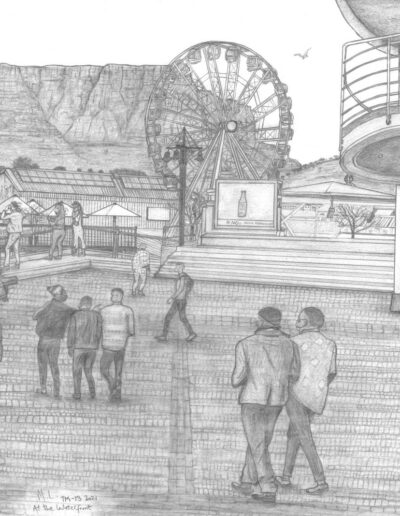 Timeless Mountain Display 13 – At the Waterfront 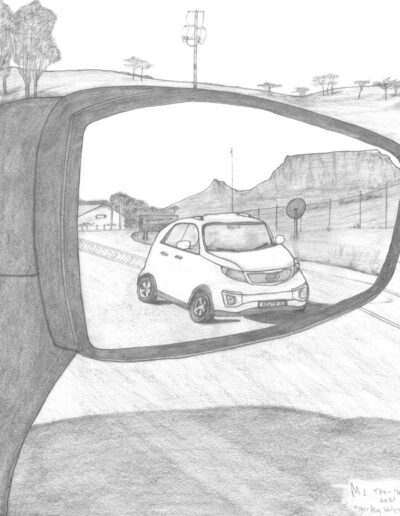 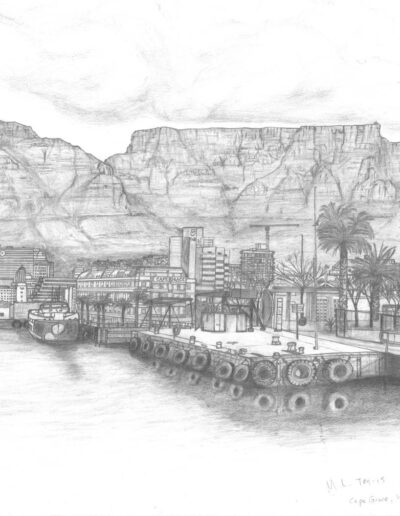 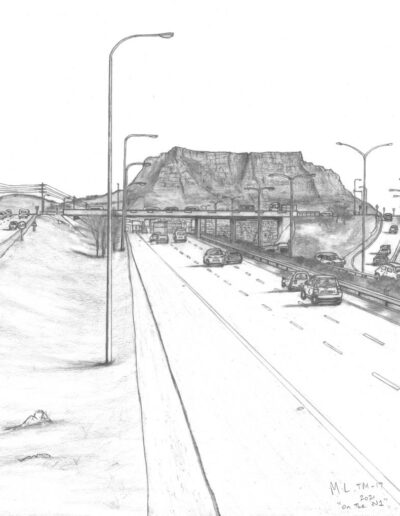 Timeless Mountain Display 17 – On the N1 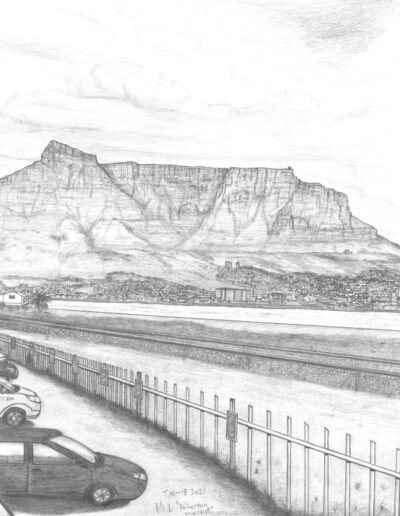 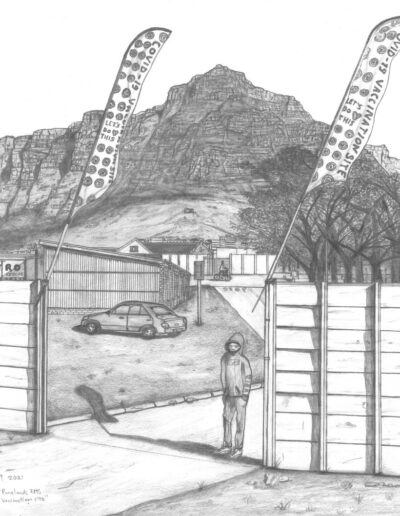 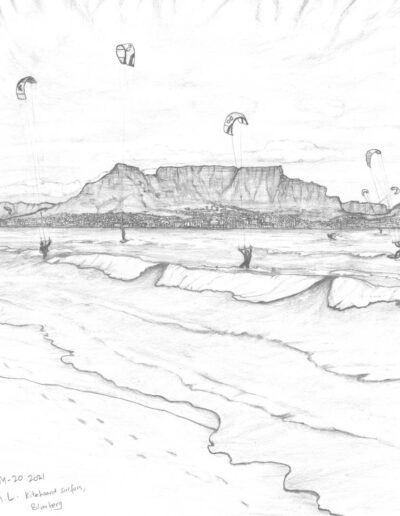 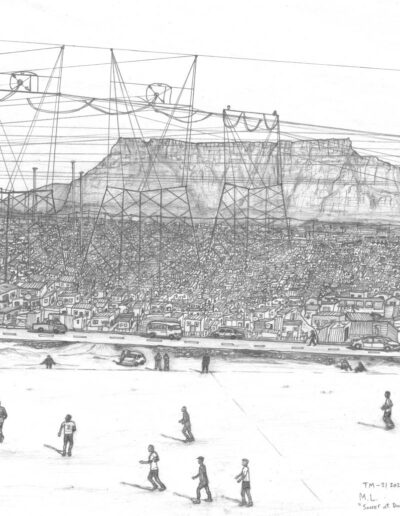 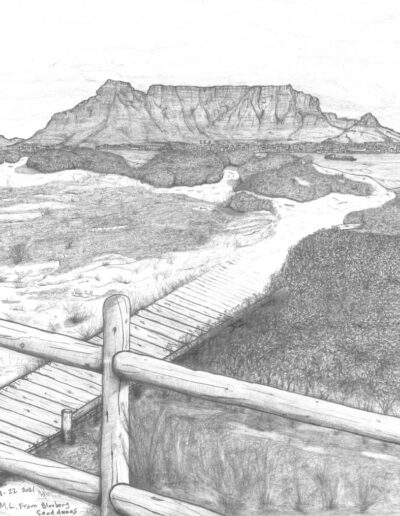 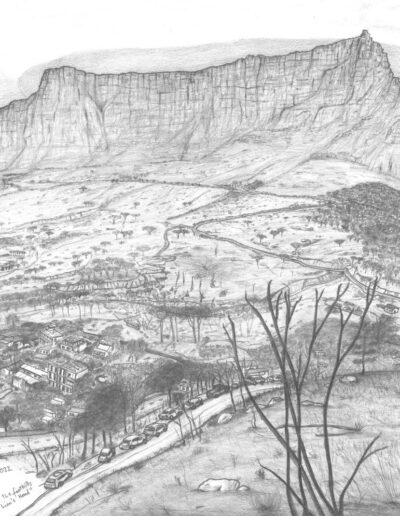 Timeless Mountain Display 23 – From the Foothills of Lion’s Head 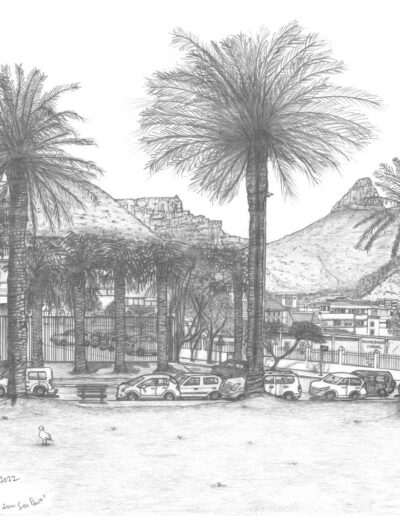 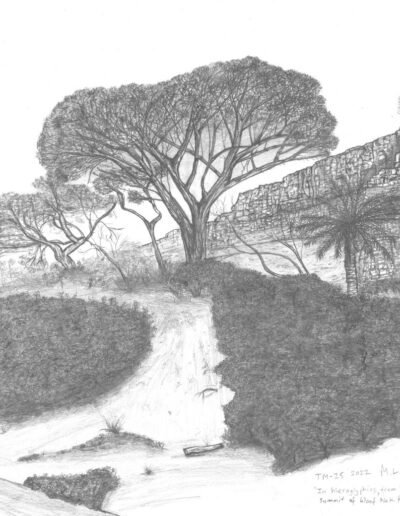